Prof. Craig Roberts joined the faculty of the School of Physics at Nanjing University in September 2019, where he is also Head of the Institute for Nonperturbative Physics.

He received his PhD in theoretical physics from the Flinders University of South Australia in 1988. Following a postdoctoral fellowship at the University of Melbourne, Victoria, Australia, he joined the Theory Group in the Physics Division at Argonne National Laboratory in 1989, first as a postdoctoral fellow, then a staff member; and from 2001-2017, he was Leader of the Theory Group. In the history of Argonne, he is the youngest person appointed to this position and served the laboratory longest in this role.

Prof. Roberts has held numerous visiting and joint appointments at research centres and universities worldwide, and amongst other recognitions: he was elected to APS Fellowship in 2001; won the Friedrich Wilhelm Bessel Research Award of the Alexander von Humboldt Foundation in 2003; was awarded the Flinders University Convocation Medal in 2009; selected as an International Fellow of Germany’s Helmholtz Association in 2012; awarded the University of Chicago/Argonne LLC Board of Governors Distinguished Performance Award in 2014; was honored by the Chinese Ministry of Education as an International Distinguished Professor in 2015; and was selected into the Jiangsu Province 100 Talents Plan for Professionals in 2018.

Prof. Roberts conducts a broad-ranging research program in modern nuclear and particle theory, pursuing the development and refinement of novel theoretical approaches to hadro-particle physics and strong-coupling quantum field theory. He is the world’s leading practitioner of nonperturbative continuum methods in quantum chromodynamics (QCD), which is thought to describe strong interactions within the Standard Model of Particle Physics. A natural framework for such analyses is provided by the Dyson-Schwinger equations (DSEs), which may be described as QCD’s equations of motion. Prof. Roberts has changed the DSE technique from a formal theoretical approach into a quantitative tool, providing deep insights into hadron structure, and strong links and convergence with other non-perturbative techniques, including numerical simulations of the lattice-formulated theory. This achievement is a transformational development: hadro-particle physics now has a powerful predictive tool to guide and inspire programmes at contemporary and future facilities.

seminal review of the DSE technique is the top-cited article in hadro-particle theory by an Australian-born scientist. In addition, Prof. Roberts has delivered over 370 colloquia, seminars, and lectures at research centres worldwide, including more than 160 invited presentations at conferences and workshops; and been a featured lecturer at 26 international graduate schools. 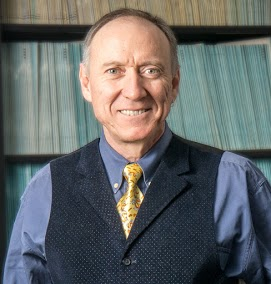